Letter to the Community: Time for a Change 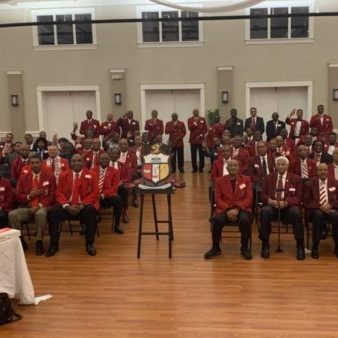 Since the Tampa Alumni Chapter of Kappa Alpha Psi, Fraternity Inc., was founded in 1928, we have worked for liberty and justice for all races throughout the community. Today our brothers stand with the community to address the blatant and senseless killing of George Floyd by a Minneapolis police officer, the indifference of the other officers that stood by and watched and the stark reminder to us all that racism and racial injustice remains a threat to the American ideals of freedom and justice. This tragic event has shocked the nation and rebuked the denials and seeming indifference to police brutality, systematic racism, racial injustice and discrimination still visited upon African Americans in 2020.

To many, Mr. Floyd’s killing was just another death of a black man at the hands of law enforcement. For others, this incident was a revelation that blatant injustice that many hoped was resolved by the civil rights movement, integration, and affirmative action is still present. Regardless of the apparent progress and improvements in racial equity, equality under the law remains elusive for African Americans due to the systematic racism in law enforcement and general ambivalence to racism in society.

This racial awakening, amid the tensions and anxiety of the COVID-19 pandemic, has produced a powerful movement that demands justice now. People of all races, ages, political beliefs, and social economics groups are exercising their constitutional right to peaceful protest and redress continued tolerance of racial injustice – not just in Minnesota and Tampa but in the entire country and indeed the world. The common thread throughout the protests and upheaval is the demand for an end to the reckless disregard for black lives and human life in general. Black lives do matter in America and around the world.

The sudden public outcry and unrest by people of all persuasions for racial equality has intensified the growing discomfort with the status quo of racial inequality. Many Americans have worked and sacrificed for generations to right many historical wrongs imbedded in American society. This willingness to change has served as a beacon of hope to the world of what can be achieved. Today’s movement is a continuation of the change we desire, deserve and are entitled to as American citizens.

For more than 90 years, we, the Brothers of the Tampa Alumni Chapter of Kappa Alpha Psi Fraternity, Inc. have lived, worked, served and led the Tampa Bay community in every field of human endeavor.

In this time of change we stand with the Tampa Bay Community and the entire country as we seek to move toward a more perfect union. To that end we condemn the murder of Mr. Floyd, Breonna Taylor, Ahmaud Arbery, Rayshard Brooks and the many others at the hands of police brutality and racism. We support the continued peaceful protests and demand for an end to racism, injustice and the oppression of African Americans. We strive to give voice to the voiceless and fight for the change that is needed.

We, the Brothers of the Tampa Alumni Chapter of Kappa Alpha Psi, stand ready to work with our community leaders to implement these changes and to ensure we seize this transcendent moment in history. The urgency of now cannot be diminished by fear or complacency, but must be seized by vision and the courage to lead us forward. Let’s put the unity back into our community. Let’s be the change we desire. Please join us.

The world is watching.